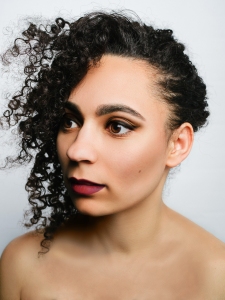 Shelita is a pop artist and songwriter based in Los Angeles. She is known for her engaging, collaborative, and spontaneous live performance style. Originally from Seattle, Shelita independently toured the world with over 150 shows across Europe, Asia, and Africa as well as a myriad of performances throughout the U.S. Her ability to connect with audiences and engage her expansive network of superfans has resulted in a devoted global audience and prompting media interest from NPR, Music Connection Magazine, Billboard, MTV, and many music industry taste makers.

Her latest songs are a departure from her earlier acoustic releases and transports the rising star into the pop world as a result of her collaboration with hit producer Marcus “Bellringer” Bell. The response has been infectious, with the most recent single “Penetrate” rising to #14 on Billboard’s Next Big Sound, a viral response amongst streaming services, and social media impressions reaching over 40 million people. Added attention was generated from her first single “Belong” which achieved over 2.7 million Spotify plays.

Shelita just launched her self titled album SHELITA to critical acclaim. The album has been streamed more than 1.2 million times.